As a businessman or an investor when someone thinks about a region for financial growth and stability, Dubai is always somewhere at the top in the priority list. Dubai is considered as one of the top business gateways of the World. The integration of a business entity requires a huge time investment, risk, financial investment continuously. Once established, numerous transactions take place with different stakeholders. Being an entrepreneur, one might end up enlisting plans to increase revenue and generate profits, but there are also other ways to grow your company. One of the most important elements that limit a company’s growth is poor debt management.

In the World of corporate, the term debt refers to a situation where the business ends up building customers who would avail the goods or services but will pay at a later stage, and the company might provide unpaid services for a longer time.

By providing this flexibility a corporate would build more customers, but the creation of excess debtors is harmful. The experts have suggested the solution that the moment you are done with the process of company setup; it is necessary that companies keep the record separate for their respective debtors. This necessity gave rise to debt management, which can refrain you from the debtor’s burden. The assistance from a Debt Collection Agency in Dubai has proven effective in the case of collecting debts efficiently and in a well-timed manner. Companies in Dubai have undergone transitions and are implementing the outsourcing of collections partly or entirety. When debt arises it is important for them to take strict necessary actions as soon as possible.

Debt Collection Agency will first investigate why the debts turned into bad debts. What were the factors due to which the debtor is not being able to pay their debts, what has been their payment history? The Agency will also consider the current circumstances of a debtor to discover the possible options left to collect the debt. Debt Collecting Agency will also play the role of an arbitrator and mediator between the lender and the debtor to make the debt recovery process easy. They aim to design the terms and conditions such that it becomes easier for the debtor to be able to pay back their debts. If the behavior of the debtor found careless in responding to the debt collection efforts or in case of breach just to buy more time. The debt collection agency will have to send them a legal demand notice on behalf of the lender back for loan recovery.

The excuses for unpaid salary, cheque bounce (unpaid cheque), and unpaid loans after the breach of terms of debt recovery are considered Criminal Offence as per the laws of UAE courts and the punishments are different in each of these cases respectively.

The cases of any bounced/unpaid cheque are considered to be a crime and must be recovered with the help of lawful and proficient assistance.

Any person when experiencing the exercise of not getting his/her salary, has a complete right to take any legalized action against the authorities. He can hire trained and reliable lawyers to hep and guide him to solve the matter by negotiating with the other parties and promote a win-win situation.

As per the laws of UAE, is any individual is found guilty of not paying the loan then it is believed to be an act of crime and is given under the commands of criminal law of Dubai.

The lawyers of debt collection are hired to recover the amount detained by another party. And they assure no recovery no fee policy to their customers.

Sometimes when the services are likely to be unpaid by the proprietor, then lawyers from the associates offer their services to resolve the issue and recover the amount in shape of cash or services.

An Issued cheque when bounced, considered a crime that bears a penalty of a jail term or a fine, as per the Penal Code. If the issuing party pays the amount to the complainant and both parties mutually decide to end the matter, then the case will be closed. If the issuing party could not pay the amount and has completed the jail term even, then the complainant has the right to file a civil lawsuit in order to claim the cheque amount.

The Debt Recovery practice in case of unpaid loans is different under UAE Civil Law because lenders in the country are allowed for a period of 15 years to legally recover a debt. In Dubai, there is no way to get rid of debt collection agents unless debts get paid.

It can be concluded that it in order to maximize debt recovery prior to the issue of legal proceedings. The debt collection agency should know these laws to increase their efficiency in serious cases. For the debtors, debt recovery is a genuine business, and many collecting agencies are honestly trying to do their jobs in order to create a plan to help the debtors to repay debt, it may be in the form of full payment, a series of installments or even a reduced amount.

Disclaimer:An attorney/lawyer shall be consulted when making a decision for your legal needs. Rules and laws described in this blog shall only be used as a source of information and cannot be contested in a court of law, neither can be used as legal advise.

Q what is debt collection?

Debt collection is a legal process of recovering unpaid dues. involving a debt agency to recover funds on behalf of their clients.

Q how to hire a debt collection agency?

Q what is a debt agency?

A debt agency is a legal entity which recover debts on behalf of their clients.

NO WIN NO FEE NO RECOVERY NO FEE, DEBT COLLECTION , YOU CAN PAY ONLY WHEN YOU RECEIVE PAYMENT

COVID19 In line with the safety and precautionary measures and to combat the spread of the COVID-19 virus, we encourage all to contact us via calls/Video Calls than Physical Meetings. No walk-In clients will be entertained. We are available on Zoom Meeting application. our new happy hour specialist 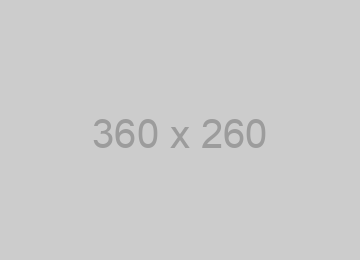 In line with the safety and precaut

In line with the safety and precautionary measures and to combat the spread of the COVID-19 virus, offering 30% #stayathome discount coupon

Dubai debt recovery is one of the finest debt collection agencies in the UAE. I approach them to recover my money from my debtor. I am thankful to them for a safe fund recovery in Dubai.