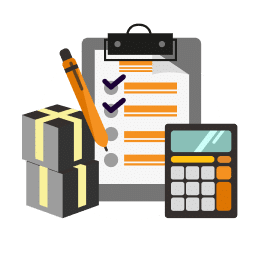 Be the first to review

Wortels Lexus is the combination of two words originating from Dutch and Latin respectively. Wortels is a Dutch word meaning “Roots”, whereas Lexus is a Latin word meaning “Law” and “Wortels Lexus” means the Roots of Law. The Dutch , after the Arabs in the 12th Century, well before the French and the British visited the island -state which stands on what was once a land bridge between Asia and Africa called the Mascarene Archipelago. It would appear, though it’s written nowhere, that in late 16th century a ship named “Wortels Lexus” with the inscription “DUTCH 1593” floated on the coastal regions of Mauritius and the sailors thereof discovered our famous bird called the “DODO”. This firm is named after that ship.

Wortels Lexus is global business-oriented. It has provided assistance on diverse cross-border transactions originating from various parts of the world involving Mauritius. It focuses in building stronger key client relationships. It provides a high quality service and responds quickly to its clients needs. The expertise of its head of practice as former assistant to the Manager of the Legal Department and as former in house counsel with the Mauritius Commercial Bank Limited and being the only writer and prize winner in banking sector in Mauritius throw a mark of excellence on the firm. The proximity of Wortels Lexus with the International Bar Association and the Inter Pacific Bar Association adds notable strengths and links it with more than 5000 lawyers over the world.

The firm’s ability to respond quickly and relevantly makes the engagement productive. Its clients include large local corporations, as well as international companies, financial institutions and high net-worth individuals.

The firm’s aim is very simple: we wish to provide our clients with the best quality representation possible but also build long-term relationships with them. Work ethics is very important and this is why expertise, trust, and commitment are our core values. We are hoping to become an important regional player and Wortels Lexus wishes to add skilled personnel according to the growth of its activities.

Or else you can call us directly and can hire ­Best Lawyers in Mauritius. We are providing services in the following areas.

DAY OFF
Timezone: UTC+4 Switch to